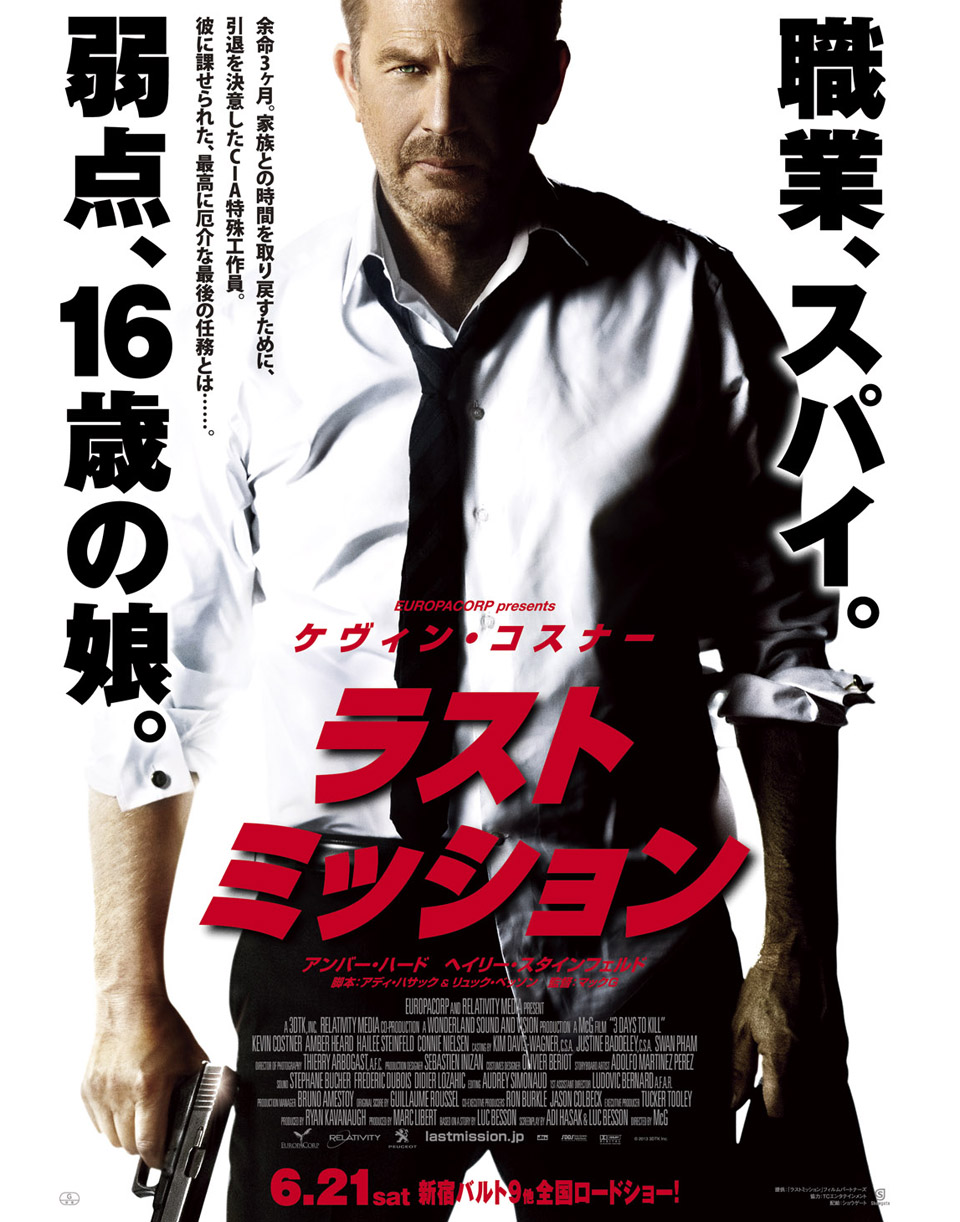 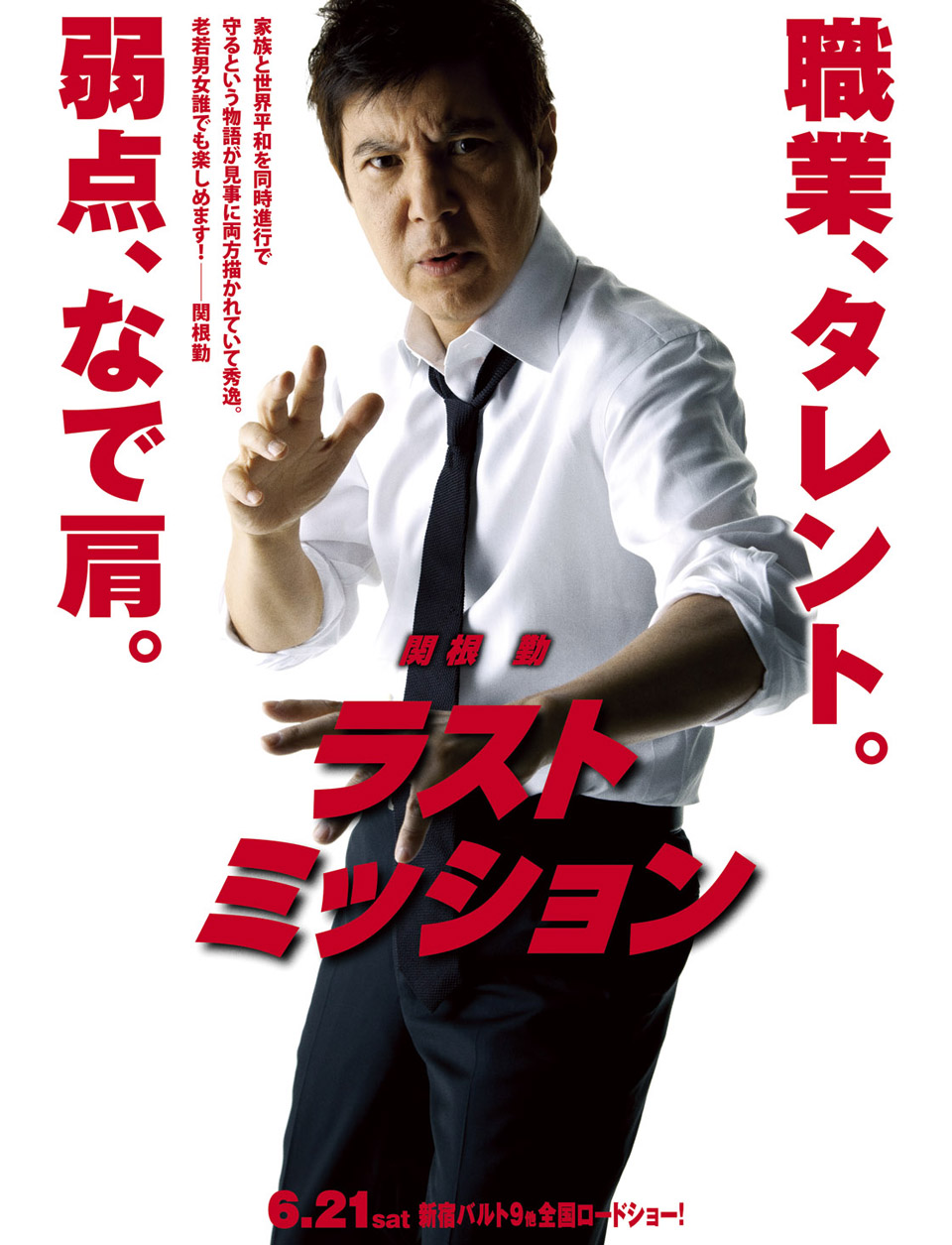 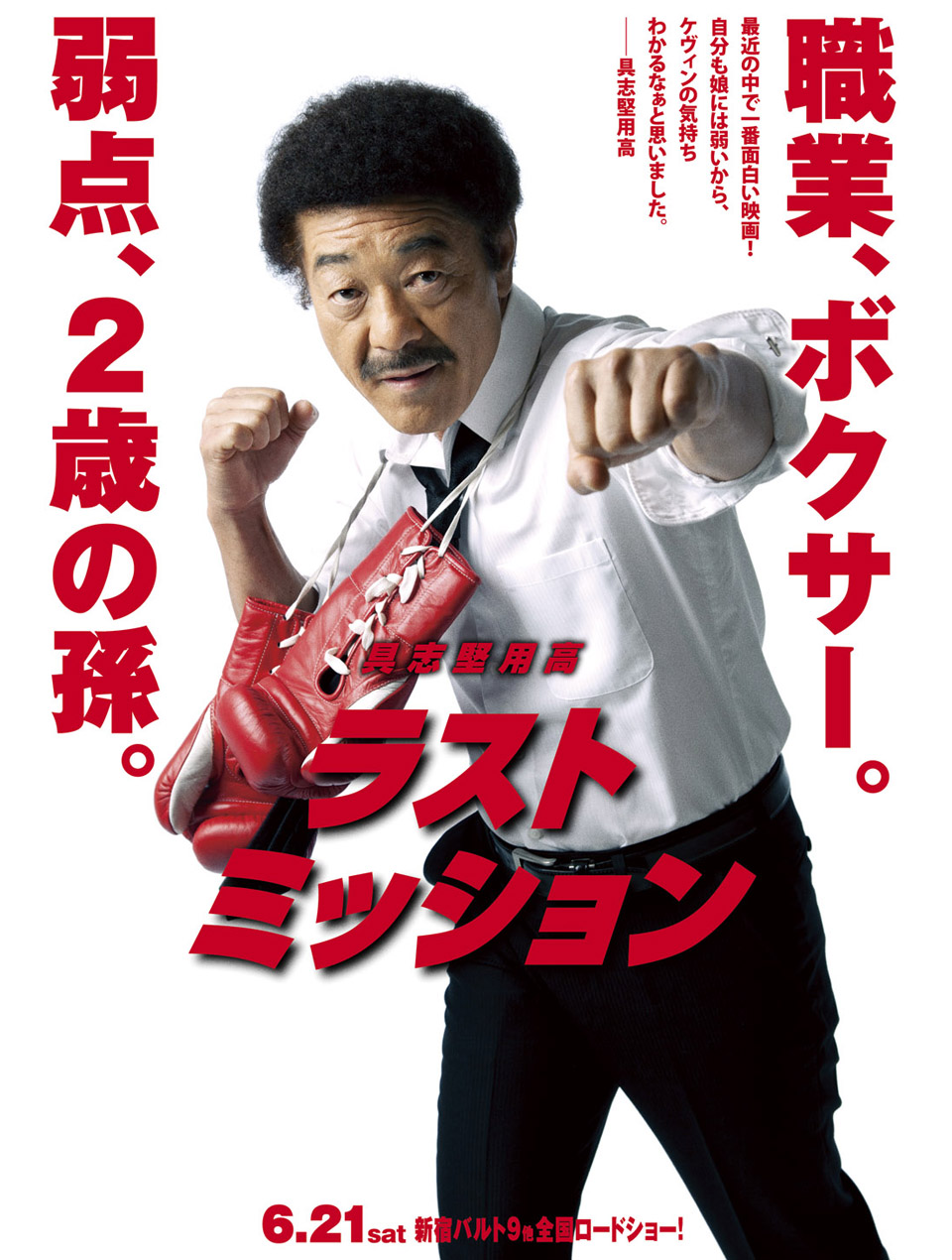 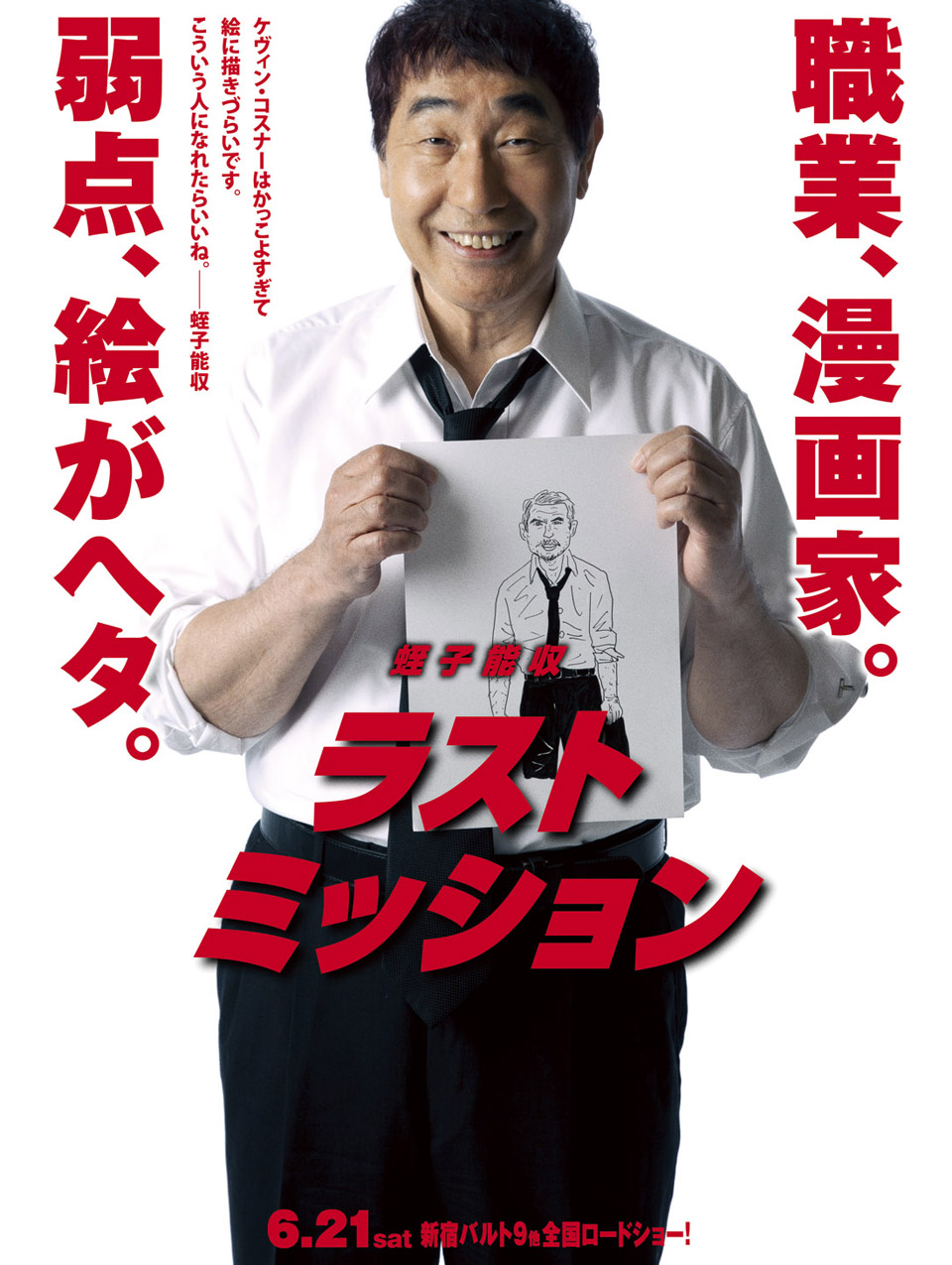 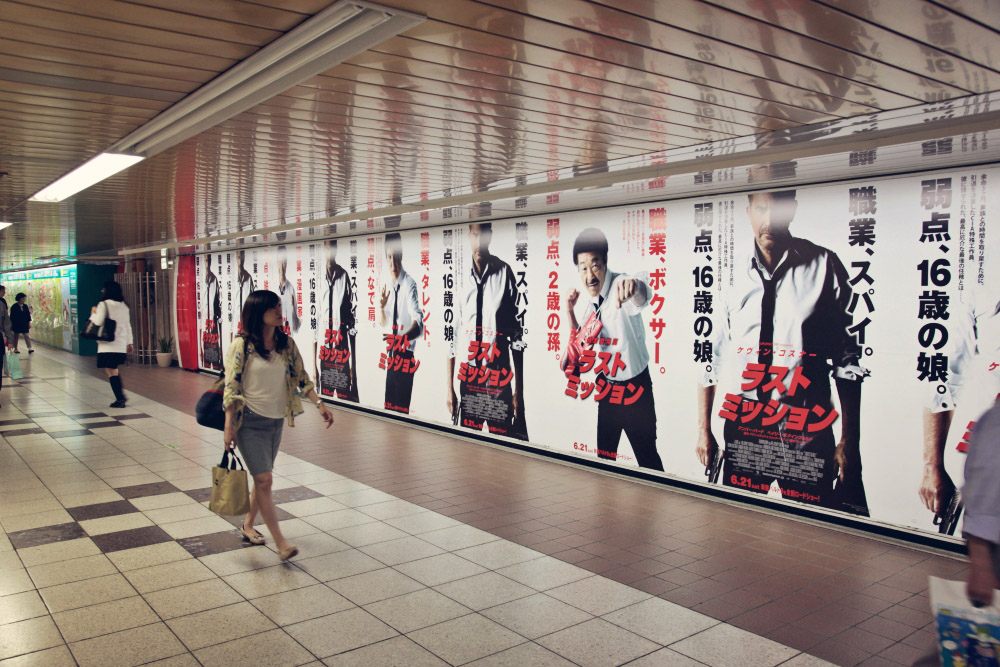 This is a parody project of movie “Last Mission” acted by Kevin Costner.

We created 3 more posters of Japanese men,  comedian /  boxer / cartoonist, other than real one.

The posters were shown in Shinjyuku station, Tokyo.